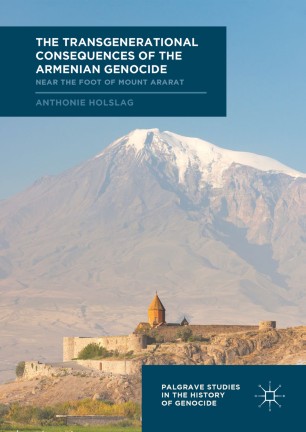 The Transgenerational Consequences of the Armenian Genocide

Near the Foot of Mount Ararat

This book brings together the Armenian Genocide process and its transgenerational outcome, which are often juxtaposed in existing scholarship, to ask how the Armenian Genocide is conceptualized and placed within diasporic communities. Taking a dual approach to answer this question, Anthonie Holslag studies the cultural expression of violence during the genocidal process itself, and in the aftermath for the victims. By using this approach, this book allows us to see comparatively how genocide in diasporic communities in the Netherlands, London and the US is encapsulated in an historic narrative. It paints a picture of the complexity of genocidal violence itself, but also in its transgenerational and non-spatial consequences, raising new questions of how violence can be perpetuated or interlocked with the discourse and narratives of the victims, and how the violence can be relived.

Anthonie Holslag is Researcher at the Amsterdam Research School for Heritage and Memory Studies at the University of Amsterdam, the Netherlands. He has previously published a number of articles regarding the aftermath of the Armenian genocide.