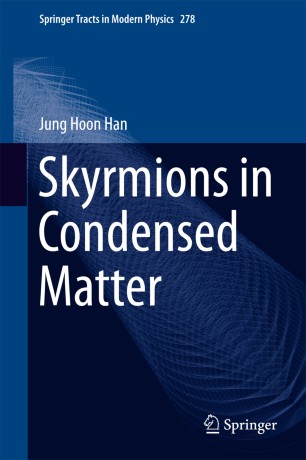 This book summarizes some of the most exciting theoretical developments in the topological phenomena of skyrmions in noncentrosymmetric magnetic systems over recent decades. After presenting pedagogical backgrounds to the Berry phase and homotopy theory, the author systematically discusses skyrmions in the order of their development, from the Ginzburg-Landau theory, CP1 theory, Landau-Lifshitz-Gilbert theory, and Monte Carlo numerical approaches. Modern topics, such as the skyrmion-electron interaction, skyrmion-magnon interaction, and various generation mechanisms of the skyrmion are examined with a focus on their general theoretical aspects. The book concludes with a chapter on the skyrmion phenomena in the cold atom context. The topics are presented at a level accessible to beginning graduate students without a substantial background in field theory. The book can also be used as a text for those who wish to engage in the physics of skyrmions in magnetic systems, or as an introduction to the various theoretical methods used in studying current condensed-matter systems.