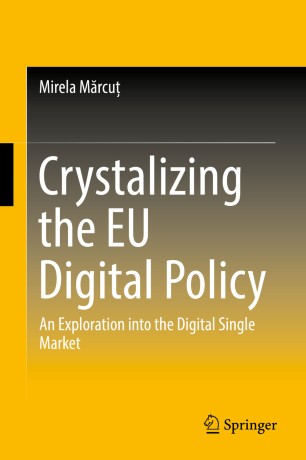 An Exploration into the Digital Single Market

This book explores the intricate connection between the Single Market, characterized by the freedom of movement of goods, services, capital and labor within and across Europe, and the Digital Single Market, the virtual space that promotes freedom of movement of information and data. Both a result and catalyst of the Single Market, the Digital Single Market has become a different space from the Single Market, as the former is based on the application of information and communication technologies (ICTs), while the latter is the result of concerted actions and concessions by Member States in the European Union. The author argues that, similar to the Single Market, the Digital Single Market is an instrument, built by the influence of the Internet, which can provide a new means of socio-economic growth and development in Europe.
While sharing many similar characteristics, the Single Market and the Digital Single Market diverge in important aspects, particularly with respect to policy. The research analyzes the interaction between policy actors, their influence in the European decision-making process, and their interests in order to establish a digital policy model, in comparison with market policy. Moreover, this volume considers the implementation process and the success of such initiatives under the current policy model, and puts forward policy recommendations. Ultimately, the author considers the utility of such research on digital policy, considering the current focus on migration, vulnerabilities to internal challenges (e.g., Brexit) and security threats, maintaining that the discussion of digital policies relates to an innovative vision of the European integration process and prospects for its future.

Mirela Mărcuț has a PhD in International Relations and European Studies from “Babeș-Bolyai” University, Cluj-Napoca and is currently a PhD Assistant at the University of Oradea. In 2015, she defended her doctoral thesis on electronic frontiers in the European Union, a part of which has been published in June 2016, in the Springer Briefs in Economics series as The Socioeconomic Evolution of the European Union: Exploring the Electronic Frontier. Her main research interests include border studies, the relation between the Internet and politics, society and economy, as well as cyber politics and security.