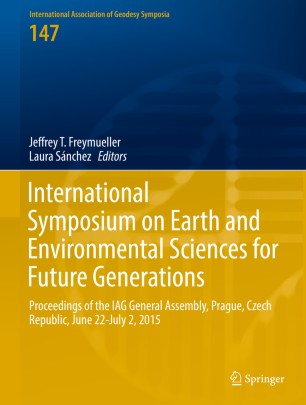 International Symposium on Earth and Environmental Sciences for Future Generations

These proceedings contain 43 papers, which are the peer-reviewed versions of presentations made at the various International Association of Geodesy (IAG) sessions during the 26th General Assembly of the International Union of Geodesy and Geophysics (IUGG), held from 22 June to 2 July 2015 in Prague, Czech Republic. The theme of the General Assembly was “Earth and Environmental Sciences for Future Generations”. The papers were drawn from nine symposia organised by the IAG, including a union symposium, and thirteen symposia jointly organised by the IAG and other associations of the IUGG.