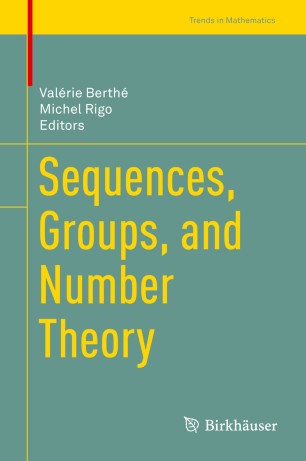 This collaborative book presents recent trends on the study of sequences, including combinatorics on words and symbolic dynamics, and new interdisciplinary links to group theory and number theory. Other chapters branch out from those areas into subfields of theoretical computer science, such as complexity theory and theory of automata. The book is built around four general themes: number theory and sequences, word combinatorics, normal numbers, and group theory. Those topics are rounded out by investigations into automatic and regular sequences, tilings and theory of computation, discrete dynamical systems, ergodic theory, numeration systems, automaton semigroups, and amenable groups.
This volume is intended for use by graduate students or research mathematicians, as well as computer scientists who are working in automata theory and formal language theory. With its organization around unified themes, it would also be appropriate as a supplemental text for graduate level courses.

Valérie Berthé is a researcher at the Institut de Recherche en Informatique Fondamentale, which is a joint project between the Centre National del Recherche Scientifique and the University Paris-Diderot.
Michel Rigo is a professor in the Unité de Mathématiques Discrétes at the Université de Liége.