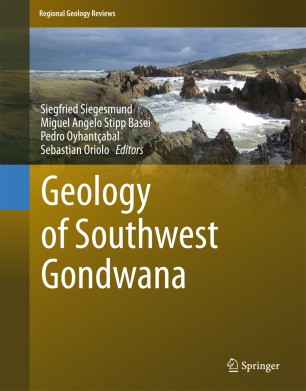 This book highlights the geological evolution of Southwest (SW) Gondwana and presents state-of-the-art insights into its evolution. It summarizes the geological evolution of Southwest (SW) Gondwana, which comprises parts of South America, Africa, Madagascar, Antarctica, India and Australia and describes the diachronic assembly of continent fragments derived from the break-up of the Rodinia supercontinent during the Neoproterozoic–Cambrian transition. Reviews written by experts in the geology of key areas in the major Paleoproterozoic–Archean Cratons and Neoproterozoic Brasiliano (Pan-African) fold belts on both sides of the Atlantic Ocean enable readers to gain an in-depth understanding of the evolution of Southwest Gondwana. The book also provides a basis for reconstructing the tectonic regimes associated with the different stages that led to the establishment of Southwest Gondwana.