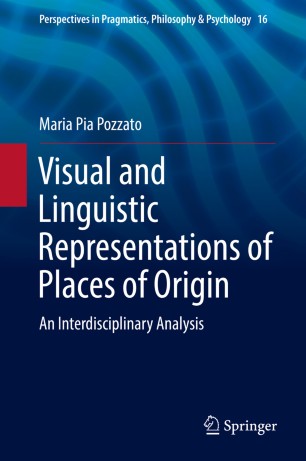 Visual and Linguistic Representations of Places of Origin

This book is about the representations - both visual and linguistic - which people give of their own places of origin. It examines the drawings of interviewees who were asked to draw their own place of origin on a white A3 sheet, using pencil or colour, according to their choice. If they were born in a place they did not remember because they moved in when they were very small, they could draw the place they did remember as the scenario of their early childhood. The drawings are examined from three different perspectives: semiotics, cognitive psychology and geography. The semiotic instruments are used to describe how each person reconstructs a complex image of his/her childhood place, and how they translate their own memories from one language to another, e.g. from drawing to verbal story, trying to approach what they want to express in the best possible way. The cognitive-psychological point of view helps clarify the emotional world of the interviewees and their motivations during the process of reconstruction and expression of their childhood experiences. The geographical conceptualizations concern a cultural level and provide insight into the cartographic models that inspire the maps people drew. One of the main findings was the influence from cultural codes as demonstrated in the fact that most of the US students interviewed drew their maps showing considerable cartographic expertise in comparison to their European counterparts.