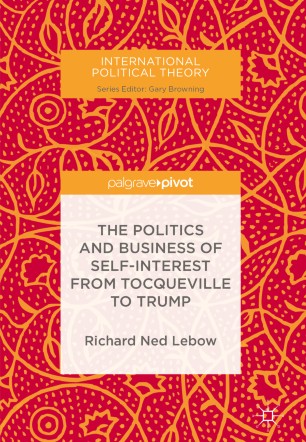 The Politics and Business of Self-Interest from Tocqueville to Trump

Self-interest is an important human motive and this book explores its evolution in the United States and its consequences for politics, business, and personal relationships. In the postwar era American understandings of self-interest have moved away from Alexis de Tocqueville’s concept of “self-interest well-understood” – in which people recognize that their interests are served by the success of the community of which they are part – towards “individualism” – by which he meant narrow framing that often leads people to pursue their interests at the expense of the community. The book documents this evolution through qualitative and quantitative content analysis of presidential speeches, television sitcoms and popular music, before exploring its negative consequences for democracy.