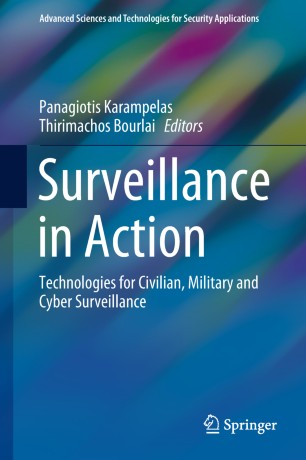 This book addresses surveillance in action-related applications, and presents novel research on military, civil and cyber surveillance from an international team of experts. The first part of the book, Surveillance of Human Features, reviews surveillance systems that use biometric technologies. It discusses various novel approaches to areas including gait recognition, face-based physiology-assisted recognition, face recognition in the visible and infrared bands, and cross-spectral iris recognition.

The last part of the book, Cyber Surveillance, provides a review of data hiding techniques that are used to hinder electronic surveillance. It subsequently presents methods for collecting and analyzing information from social media sites and discusses techniques for detecting internal and external threats posed by various individuals (such as spammers, cyber-criminals, suspicious users or extremists in general). The book concludes by examining how high-performance computing environments can be exploited by malicious users, and what surveillance methods need to be put in place to protect these valuable infrastructures.

The book is primarily intended for military and law enforcement personnel who use surveillance-related technologies, as well as researchers, Master’s and Ph.D. students who are interested in learning about the latest advances in military, civilian and cyber surveillance.