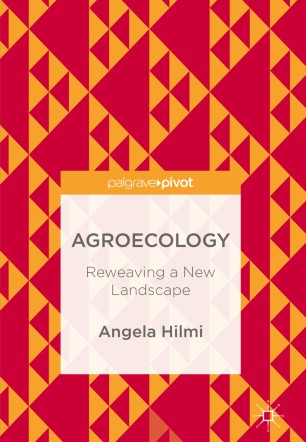 This book argues that sustainable development, based on sustained growth, has led us to an impasse. In response, Agroecology brings back and utilises notions of eco-development and co-evolution with nature as a refreshing paradigm. It also proposes a further shift in mindset with the notion of being within, or looking at agroecology as a way to reconnect and rebuild relationships and movement within farming systems and beyond. Rather than linear technical fixes, it considers the critical nodes of tension, the inflection points, or acupoints, which can trigger a transition towards greater harmony and well-being. The book also draws from a concrete example of agroecology by examining a pilot project in Mozambique testing new approaches to investments and peasant farming that will inspire farming communities, researchers, policy makers and development organizations alike, to build greater autonomy and self-determination.

Angela Hilmi is Senior Researcher in Agroecological Transitions at the Centre for Agroecology, Water & Resilience at Coventry University, UK. She was a Senior Officer in the Food and Agriculture Organization (FAO) of the United Nations, Adviser on Partnerships and Alliances for the FAO Regional Office for Latin America and Caribbean, and was named the French Foreign Trade Advisor by French Government ministerial decree.