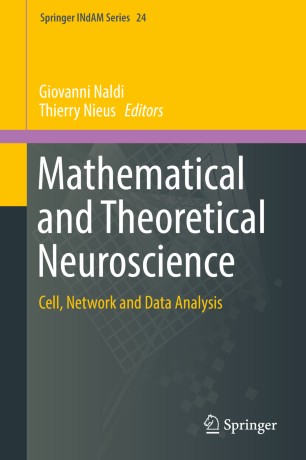 Prof. Giovanni Naldi studied Mathematics at the University of Pavia and at the University of Milan, where he also received his PhD in Applied Mathematics. He is currently a full professor of Numerical Analysis at the University of Milan and the director of the ADAMSS (ADvanced Applied Mathematical and Statistical Sciences) Center at the same University. His research work mainly focuses on the numerical analysis of partial differential equations, wavelet-based methods; multiscale models, non-linear evolution phenomena, biomathematics, and computational neuroscience. He has supervised eight doctoral theses and is the author of more than 60 papers.
Prof. Thiery Nieus received his PhD in Applied Mathematics at the Department of Mathematics F. Enriques in Milan (Italy). His research focuses on the computations performed by neuronal networks. His work involves the analysis and modeling of multiscale data, ranging from single synapses to population recordings. In September 2016 he joined Marcello Massimini’s laboratory (University of Milan, Italy), working on computational models of the thalamocortical circuit and on complexity measures of TMS/EEG data.