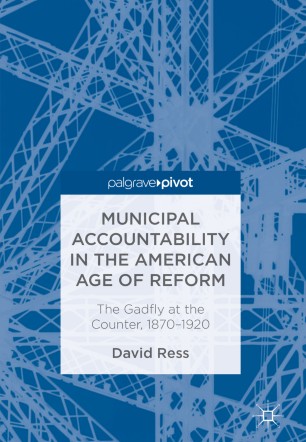 Municipal Accountability in the American Age of Reform

At the foundations of our modern conception of open government are a handful of disgruntled citizens in the Progressive Era who demanded accountability from their local officials, were rebuffed, and then brought their cases to court. Drawing on newspaper accounts, angry letters to editors, local histories, and court records, David Ress uncovers a number of miniature yet critical moments in the history of government accountability, tracing its decline as the gap between citizens and officials widened with the idea of the community as corporation and citizens as consumers. Together, these moments tell the story of how a nation thought about democracy and the place of the individual in an increasingly complex society, with important lessons for policy makers, journalists, and activists today.