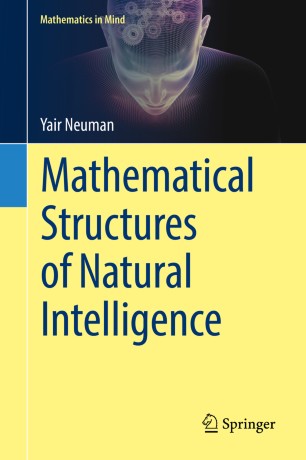 Part of the Mathematics in Mind book series (MATHMIN)

This book uncovers mathematical structures underlying natural intelligence and applies category theory as a modeling language for understanding human cognition, giving readers new insights into the nature of human thought. In this context, the book explores various topics and questions, such as the human representation of the number system, why our counting ability is different from that which is evident among non-human organisms, and why the idea of zero is so difficult to grasp.
The book is organized into three parts: the first introduces the general reason for studying general structures underlying the human mind; the second part introduces category theory as a modeling language and use it for exposing the deep and fascinating structures underlying human cognition; and the third applies the general principles and ideas of the first two parts to reaching a better understanding of challenging aspects of the human mind such as our understanding of the number system, the metaphorical nature of our thinking and the logic of our unconscious dynamics.
About the Author: Yair Neuman is a Full Professor at Ben-Gurion University. He holds a BA in Psychology (Major) and Philosophy (Minor) and a PhD in Cognition (Hebrew University, 1999), and his expertise is in studying complex cognitive, social, and symbolic systems from a unique interdisciplinary approach. Professor Neuman has published numerous papers and five academic books and has been a visiting scholar or professor at MIT, the University of Toronto, the University of Oxford, and the Weizmann Institute of Science. Beyond his purely academic work, he has developed state-of-the-art algorithms for social and cognitive computing, such as those he developed for the IARPA metaphor project (ADAMA group).