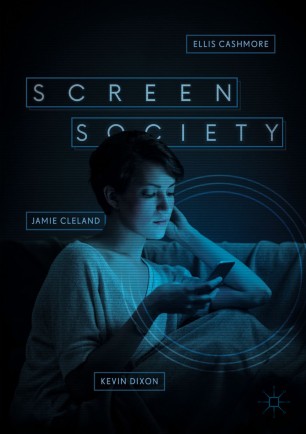 Screens have been with us since the eighteenth century, though we became accustomed to staring at them only after the appearance of film and television in the twentieth century. But there was nothing in film or TV that prepared us for the revolution wrought by the combination of screens and the internet. Society has been transformed and this book asks how and with what consequences?

Screen Society’s conclusions are based on an original research project conducted by scholars in the UK and Australia. The researchers designed their own research platform and elicited the thoughts and opinions of nearly 2000 participants, to draw together insights of today’s society as seen by users of smartphones, tablets and computers – what the authors call Screenagers. The book issues challenges to accepted wisdom on many of the so-called problems associated with our persistent use of screen devices, including screen addiction, trolling, gaming and gambling.

Kevin Dixon is Senior Lecturer in the School of Social Sciences, Humanities and Law at Teesside University, UK

“This remarkably sane and balanced book gives us the most rational social analysis of screen technology that I’ve ever read. … A cool, detached observation augments many of the insights and information to be found in Screen Society. All screen-enthusiasts and screen-detractors would gain greater understanding and clarity, about their activities, by reading this remarkable book. I can’t recommend Screen Society highly enough.” (Alan Price, Magonia review of books, pelicanist.blogspot.com, August, 2018)
Buy options