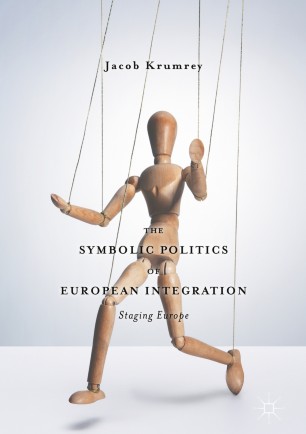 The Symbolic Politics of European Integration

This book presents a cultural history of European integration. It revisits the European Community’s postwar origins through the lens of symbolic representation and so reveals a hitherto unknown side to Europe’s notorious technocrats. They were not simply administrators: they were skillful marketing experts, clever spin doctors, and talented stage directors. After all, what made the European Community stand out among the multitude of postwar European organizations? This book argues that it was not so much its vaunted supranationalism, nor its economic significance; it was its self-proclaimed role as torchbearer of European unity.

Combining archival research with media analysis, The Symbolic Politics of European Integration reviews Europe’s early parliaments, its early diplomacy, and its long search for “capital cities,” from Strasbourg to Brussels. It tells the story of the political theater that

staged an enterprise of technocrats as the embodiment of a Europe united in peace and prosperity. This book is an invaluable resource for historians of postwar Europe, as well as for analysts of today’s EU, who seek to understand how coal, steel, and tariffs became the stuff the European dream was made of.