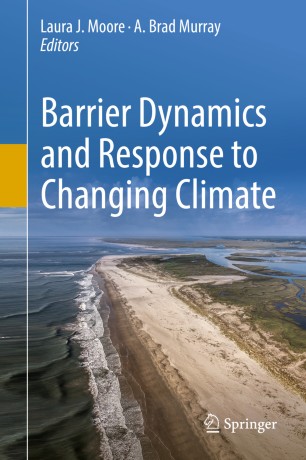 This book presents chapters, written by leading coastal scientists, which collectively depict the current understanding of the processes that shape barrier islands and barrier spits, with an emphasis on the response of these landforms to changing conditions. A majority of the world’s population lives along the coast at the dynamic intersection between terrestrial and marine ecosystems and landscapes. As narrow, low-lying landforms, barriers are especially vulnerable to changes in sea level, storminess, the geographic distribution of grass species, and the rate of sand supply—some barriers will undergo rapid changes in state (e.g., from landward migrating to disintegrating), on human time scales. Attempts by humans to prevent change can hasten the loss of these landforms, threatening their continued existence as well as the recreational, financial and ecosystem service benefits they provide. Understanding the processes and interactions that drive landscape response to climate change and human actions is essential to adaptation. As managers and governments struggle to plan for the future along low-lying coasts worldwide, and scientists conduct research that provides useful guidance, this volume offers a much-needed compilation for these groups, as well as a window into the science of barrier dynamics for anyone who is generally interested in the impacts of a changing world on coastal environments.