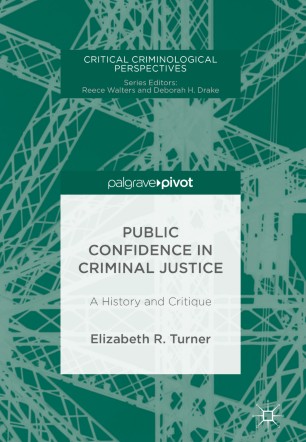 A History and Critique

In this book, Liz Turner argues that survey methods have gained an unwarranted and unhealthy level of dominance when it comes to understanding how the public views the criminal justice system. The focus on measuring public confidence in criminal justice by researchers, politicians and criminal justice agencies has tended to prioritise the production of quantitative representations of general opinions, at the expense of more specific, qualitative or deliberative approaches. This has occurred not due to any inherent methodological superiority of survey-based approaches, but due to the congruence of the survey-based, general measure of opinion with the prevailing neoliberal political tendency to engage with citizens as consumers.

By identifying the historical conditions on which contemporary knowledge claims rest, and tracing the political power struggles out of which sprang the idea of public confidence in criminal justice as a real and measurable object, Turner shows that things could be otherwise. She also draws attention to the ways in which survey researchers have asserted their dominance over other approaches, suppressing convincing claims by advocates of deliberative methods that a better politics of crime and justice is possible. Ultimately, Turner concludes, researchers need to be more upfront about their political objectives, and more alert to the political responsibilities that go along with the making of knowledge claims. Providing a provocative critique of the dominant approaches to measuring public confidence, this timely study will be of special interest to scholars of the criminal justice system, research methods, and British politics.