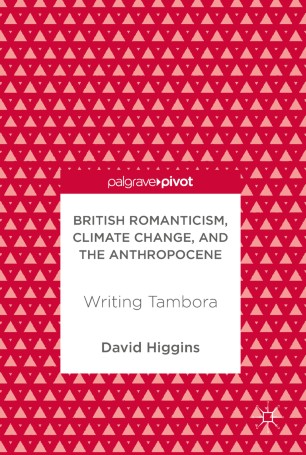 This book is the first major ecocritical study of the relationship between British Romanticism and climate change. It analyses a wide range of texts – by authors including Lord Byron, William Cobbett, Sir Stamford Raffles, Mary Shelley, and Percy Shelley – in relation to the global crisis produced by the eruption of Mount Tambora in 1815. By connecting these texts to current debates in the environmental humanities, it reveals the value of a historicized approach to the Anthropocene. British Romanticism, Climate Change, and the Anthropocene examines how Romantic texts affirm the human capacity to shape and make sense of a world with which we are profoundly entangled and at the same time represent our humiliation by powerful elemental forces that we do not fully comprehend. It will appeal not only to scholars of British Romanticism, but to anyone interested in the relationship between culture and climate change.