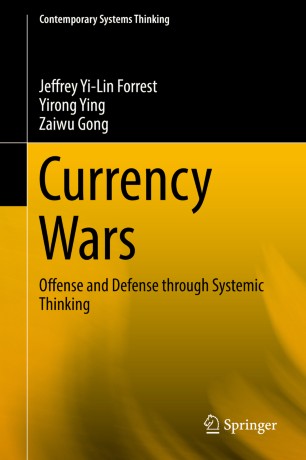 Offense and Defense through Systemic Thinking

This book uses systemic thinking and applies it to the study of financial crises. It systematically presents how the systemic yoyo model, its thinking logic, and its methodology can be employed as a common playground and intuition to the study of money, international finance, and economic reforms. This book establishes theoretical backings for why some of the most employed interferences of the market and empirical experiences actually work. It has become urgent for economists and policy makers to understand how international speculative capital affects the economic security of various nations. By looking at the issues of monetary movement around the world, this book shows that there are clearly visible patterns behind the flows of capital, and that there are a uniform language and logic of reasoning that can be powerfully employed in the studies of international finance As shown in this book, many of the conclusions drawn on the basis of these visible patterns, language, and logic of thinking can be practically applied to produce tangible economic benefits.
Currency Wars: Offense and Defense through Systemic Thinking is divided into six parts. The first part addresses issues related to systemic modeling of economic entities and processes and explains how a few policy changes can adjust the performance of the extremely complex economy. Part II of the book investigates the problem of how instabilities lead to opportunities for currency attacks, the positive and negative effects of foreign capital, and how international capital flows can cause disturbances of various degrees on a nation’s economic security. Part III examines how a currency war is initiated, why currency conflicts and wars are inevitable, and a specific way of how currency attacks can take place. In Part IV, the book shows how one nation can potential defend itself by manipulating exchange rate of its currency, how the nation under siege can protect itself against financial attacks by using strategies based on the technique of feedback, and develops a more general approach of self-defense. Part V focuses on issues related to the cleanup of the disastrous aftermath of currency attacks through using policies and reforms. Finally the book concludes in Part VI as it analyzes specific real-life cases and addresses the ultimate problem of whether or not currency wars can be avoided all together.