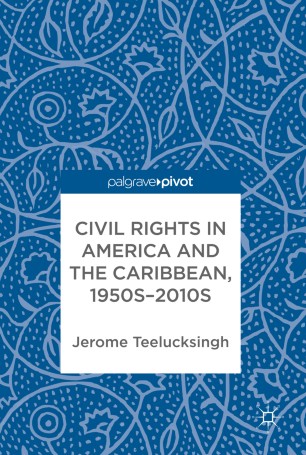 This book illustrates the parallel struggles among Blacks in the US and the Caribbean for equality and greater political participation and equal treatment during the 1960s and 1970s. In recounting the historical evolution of the Civil Rights and Black Power Movement, this book focuses on lesser-known individuals and groups such as the Students for Racial Equality. Jerome Teelucksingh argues that these personalities and smaller organizations made valid contributions to the betterment their respective societies, connecting their work to both the cultural and social justice history of Civil Rights and to the contemporary struggles of cultural and political experience of Blacks in American and Caribbean society. The book also distinctively illustrates the contributions of Whites, ethnic minorities and non-Christians in a diverse campaign for greater political participation, better governance, poverty reduction, equality and tolerance.

Jerome Teelucksingh possesses a PhD i