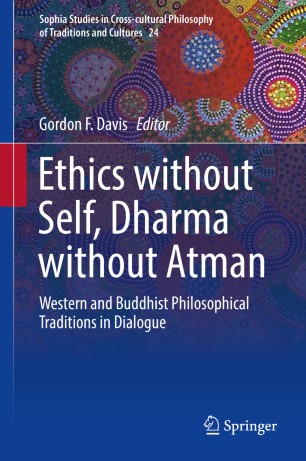 Ethics without Self, Dharma without Atman

Part of the Sophia Studies in Cross-cultural Philosophy of Traditions and Cultures book series (SCPT, volume 24)

This volume of essays offers direct comparisons of historic Western and Buddhist perspectives on ethics and metaphysics, tracing parallels and contrasts all the way from Plato to the Stoics, Spinoza to Hume, and Schopenhauer through to contemporary ethicists such as Arne Naess, Charles Taylor and Derek Parfit. It compares and contrasts each Western philosopher with a particular strand in the Buddhist tradition, in some chapters represented by individual writers such as Nagarjuna, Vasubandhu, Santideva or Tsong Khapa. It does so in light of both analytic concerns and themes from the existentialist and phenomenological traditions, and often in an ecumenical spirit that bridges both analytic and continentalist approaches.

Some of the deepest questions in ethics, dealing with the scope of agency, value-laden notions of personhood and the nature of value in general, are intertwined with questions in metaphysics. One set of questions addresses how varying conceptions of selfhood relate to moral values (e.g. the concern of self or selves for the well-being of others); another set of questions addresses how a conception of oneself or one’s selves should or should not affect how one thinks of happiness, or eudaimonia, or – in classical Indian terms – artha, sukha or nirvana.  Western philosophy has featured discussion of both, but some would argue that certain traditions of Asian philosophy have offered a more sustained and even treatment of both sets of questions.  The Buddhist tradition in particular has not only featured much discussion on both fronts, but has attracted many contemporary philosophers to its distinctive spectrum of approaches, and to what is – from many ‘Western’ points of view – a seemingly subversive analysis of ego, selfhood and personhood, whether in metaphysical, phenomenological or other incarnations.

“Ethics without Self, Dharma without Atman: Western and Buddhist Philosophical Traditions in Dialogue makes an important contribution to that literature, with a specific focus on the relation between ethics and the metaphysics of selfhood across a range of philosophies. … this volume as a whole constitutes a valuable addition to philosophical exchanges between Western and Buddhist traditions, competently exemplifying how these streams of intellectual endeavour can be brought into productive comparative, and occasionally critical, dialogue.” (Mikel Burley, Reading Religion, readingreligion.org, November 12, 2018)
Buy options