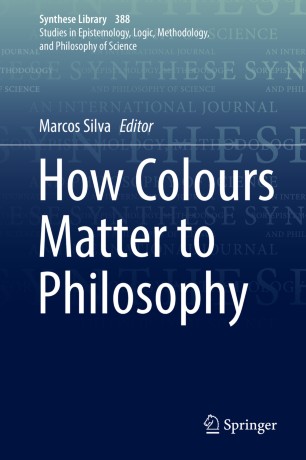 How Colours Matter to Philosophy

This edited volume explores the different and seminal ways colours matter to philosophy. Each chapter provides an insightful analysis of one or more cases in which colours raise philosophical problems in different areas and periods of philosophy.

This historically informed discussion examines both logical and linguistic aspects, covering such areas as the mind, aesthetics and the foundations of mathematics. The international contributors look at traditional epistemological and metaphysical issues on the subjectivity and objectivity of colours. In addition, they also assess phenomenological problems typical of the continental tradition and contemporary problems in the philosophy of mind. The chapters include coverage of such topics as Newton’s and Goethe’s theory of light and colours, how primary qualities are qualitative and colours are primary, explaining colour phenomenology, and colour in cognition, language and philosophy.

"This book beautifully prepares the ground for the next steps in our research on and philosophising about colour" Daniel D. Hutto (University of Wollongong)

Marcos Silva is currently Associate Professor at the Federal University of Alagoas, Brazil. His work deals mainly with Philosophy of Logic, Philosophy of Language and Wittgenstein’s Philosophy. He already presented some topics of his research in several countries, as Portugal, Italy, Belgium, France, Austria, England and Germany. He was already a visiting researcher in Rio de Janeiro, Brazil, (2012) in Leipzig, Germany (2013-2014), in Fortaleza, Brazil (2015), and in Pittsburgh, USA (2017).  In 2017, he received the Fulbright Junior Faculty Member award.