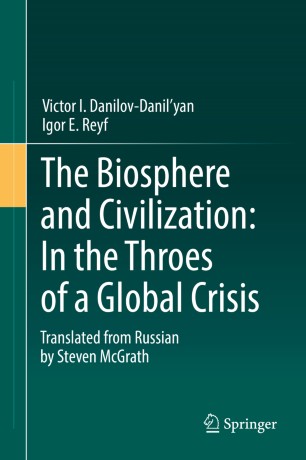 The Biosphere and Civilization: In the Throes of a Global Crisis

This book attempts to explain the dire ecological, social, and economic situations facing mankind through simple, yet comprehensive analyses of global ecological issues, poverty, environmental stability and regulation, and sustainable development. The book conveys complex objects of study, namely the biosphere and the dire anthropogenic processes it has been experiencing for decades, so that the work is accessible without omitting key components of the subject matter.

Readers will learn about the crises facing our global civilization (many of which originate from human causes yet cannot be solved by human technologies), the social and economic contributors to a threatened biosphere, the potential solutions to these problems, the mechanisms that maintain the stability of the global environment, and the scales at which sustainable development and preservation can be applied to initiate environmental regulation. Though intended to appeal to the general public and non-specialists, environmental researchers, organizations involved in sustainable development and conservation, and students engaged in ecology environment, and sustainability studies will also find this book of interest.

Igor Reyf is a freelance journalist and writer who graduated from the First Medical Sechenov Institute in Moscow (now the Moscow Medical University) in 1963. he has published numerous articles and essays in Russian periodicals, most recently focusing on the field of science journalism. His work in environmental issues has resulted in a book entitled Mankind Facing its Greatest Challenge, and a series of environmental articles in several popular scientific journals.

Dr. Victor Danilov Danil'yan is a Correspondent Member of the Russian Academy of Sciences, and has been the Director of the Water Institute at the Russian Academy of Sciences since 2003. He graduated from Moscow State University in 1960, earned his PhD in Economics in 1975, and became a full Professor in 1979. He was formerly a Professor in the Economics Faculty at Moscow State University (1978-1990), Minister of Nature Conservation and Natural Resources of the Russian Federation (1991-1996), Head of the national Committee of the Russian Federation for nature Conservation (1996-2000), and President of the International Independent University of Ecology and Political Science (2000-2002). He has authored and co-authored more than 400 scientific publications on topics ranging from ecological problems in Russia, sustainable development, ecological safety, and water resources management.

“Thanks to its well-thought-out organization, the book guides the reader step-by-step through the nest of problems associated with the global environmental crisis, stirring up genuine interest and stimulating the thought process. Some chapters read like stand-alone works. I would particularly like to point out such of these as “A Critically Overpopulated Planet,” “The Path to a Systemic Understanding of the Biosphere,” “The Ecological Footprint of Modern Man” and “The Computer Model That Rocked the World” (on the Report to the Club of Rome Limits to Growth). The last three were serialized as separate articles in Science and Life (2010-2015). With regard to the “Ecological Footprint,” I don’t know of any other place in popular science writing where that difficult-to-comprehend topic was put forward more simply, logically and convincingly.”(Vyacheslav Vladimirovich Rozhnov, Member of the Russian Academy of Sciences, Director A. N. Severtsov, Institute of Ecology and Evolution of the Russian Academy of Sciences)
Buy options