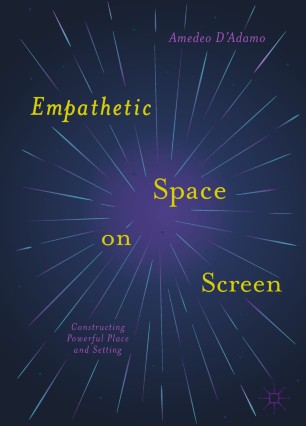 In this book we learn that there is a clear but complex relationship between setting and character on screen. Certain settings stand out above others—think of the iconic gooey dripping tunnels that Ripley stumbles through in Aliens, Norman’s bird-decorated parlour in Psycho or the dark Gotham of certain Batman movies. But what makes these particular settings so powerful and iconic? Amedeo D’Adamo explains why we care about and cry for certain characters, and then focuses on how certain places then become windows onto their emotional lives. Using popular case studies such as Apocalypse Now, Amelie, Homeland and The Secret Garden, this original and insightful book is the first to really explain what makes some settings so effective, revealing an important but as yet uncovered machinery of empathy in visual narrative space. An invaluable resource for students, academics and indeed young filmmakers designing their very own narratives for space on screen.

Amedeo D'Adamo is Professor of Film at the Universita Cattolica, Italy and Visiting Lecturer at the University of Switzerland-Italia, Switzerland. He teaches documentary at the Locarno Film Festival and mentors for the MAIA Producing Workshops and Albascript Plus. A filmmaker whose features have played in top-ranked festivals, he was also the founding Dean of the Los Angeles Film School.

“Amedeo D’Adamo explores a fascinating question for both scholars and filmmakers—what is it in the look of a film that impacts how well the film reaches its audience emotionally? D’Adamo engagingly explains how the design of a film actually helps to tell the story, rather than just providing a setting for it.” (Anna Thomas, Oscar-nominated writer and producer (El Norte, Frida, Mi Familia) and Discipline Head of Screenwriting at the American Film Institute Conservatory, USA)

“An inspiring and thought-provoking study : by revealing the many ways space can be used to make us care about characters in stories, this worthwhile book should be of great value to academics and artists alike.” (Andrew Bienen, co-writer of the Oscar-winning film Boys Don't Cry, Associate Professor of Film in Columbia University's Graduate Film Program, USA)

“Empathetic Space on Screen offers a refreshing contribution to the study of film, television, documentary, transmedia narratology and audiovisual aesthetics. An original schema elaborating the concept of empathetic space." (Lisa Perrott, Senior Lecturer at the University of Waikato, New Zealand)