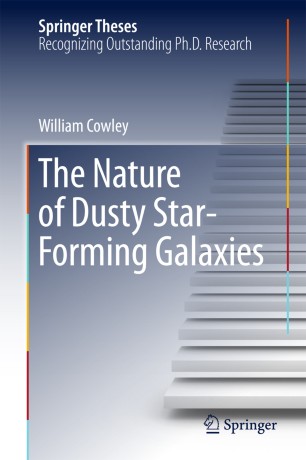 The Nature of Dusty Star-Forming Galaxies

This thesis combines a theoretical model of galaxy formation with a treatment of the radiative transfer in the titular dusty star-forming galaxies. Embedding this within the well-established ΛCDM (Lambda cold dark matter) cosmology, the author was able to simulate galaxy populations from which realistic observational images were synthesised. Based on further analysis, he shows that there is a good correspondence with observations from new instruments such as the SCUBA2 bolometric camera and the Atacama Large Millimeter Array (ALMA) interferometer, and reveals some novel aspects of this exciting galaxy population. In particular, he shows that blending of these galaxies in the imaging produces an artificial enhancement in their clustering, which he dubs “blending bias”. This implies that the host dark matter halo masses for these galaxies have previously been significantly overestimated. He also presents amongst the first predictions from a galaxy formation model for observations of these galaxies that will be made by the James Webb Space Telescope (the successor to the Hubble Space Telescope).