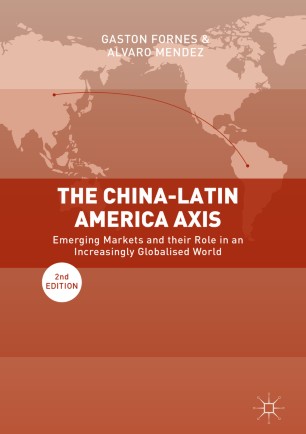 Emerging Markets and their Role in an Increasingly Globalised World

This second edition explores and accounts for the many changes in the emerging markets of China and the Latin American countries since 2011. Taking account of major developments such as the rapid expansion of the Chinese state and the on-going effects of the global recession, the authors present current case studies and data on both Chinese and Latin American companies, including updates on those included in the first edition and the presentation of new innovative start-ups. Including an international relations perspective alongside business strategy and global markets, The China-Latin America Axis second edition presents the drastic changes in the globalized economy in the past five years.

Gaston Fornes holds a joint position at the Centre for East Asian Studies, University of Bristol, UK, and ESIC Business School, Spain. He is recipient of the Liupan Mountain Friendship Award from the Ningxia Government in China, the Foreign Expert Award from the Shanghai Government, and the London School of Economics’ Latin American Development Bank Fellowship. He has published widely on management in emerging countries; his research has been featured in mass media like Fortune, the BBC, El Pais, and Cinco Dias.

Álvaro Mendez is Senior Research Fellow at the London School of Economics, UK, and Research Associate at the University of Bristol, UK. At LSE, he is co-founder of the Global South Unit and a former editor of the Millennium-Journal of International Studies. He is an associate academic at the LSE Latin America and Caribbean Centre and an International Advisory Board member of the Observatoire Politique de l'Amérique latine et des Caraïbes (OPALC) at Sciences Po. He is the co-author of UN Security Council Reform and the Challenge of South Representation.