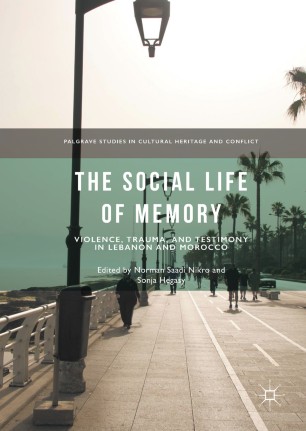 The Social Life of Memory

Violence, Trauma, and Testimony in Lebanon and Morocco

This edited volume addresses memory practices among youth, families, cultural workers, activists, and engaged citizens in Lebanon and Morocco. In making a claim for ‘the social life of memory,’ the introduction discusses a particular research field of memory studies, elaborating an approach to memory in terms of social production and engagement. The Arab Spring is evoked to draw attention to new rifts within and between history and remembrance in the regions of North Africa and the Middle East. As authoritarian forms of governance are challenged, official panoramic narratives are confronted with a multiplicity of memories of violent pasts. The eight chapters trace personal and public inventories of violence, trauma, and testimony, addressing memory in cinema, in newspapers and periodicals, as an experience of public environments, through transnational and diasporic mediums, and amongst younger generations.