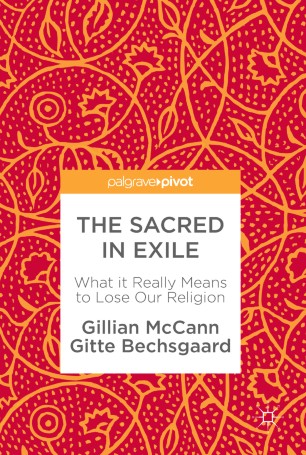 The Sacred in Exile

What it Really Means to Lose Our Religion

This book addresses the fact that, for the first time in history, a large segment of the population in the western world is living without any form of religious belief.  While a number of writers have examined the implications of this shift, none have approached the phenomenon from the perspective of religious studies. The authors examine what has been lost from the point of view of sociology, psychology, and philosophy of religion. The book sits at the nexus of a number of important debates including: the role of religion in public life, the connection between religion and physical and psychological well-being, and the implications of the loss of ritual in terms of maintaining communities.

Gillian McCann is an associate professor in the Religions and Cultures department at Nipissing University, North Bay, Canada.

Gitte Bechsgaard is a registered psychotherapist (RP) and the founding director of Vidya Institute, Toronto, Canada.