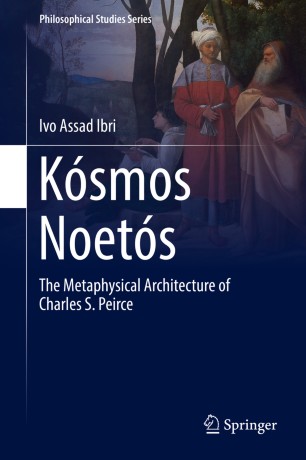 This pioneering book presents a reconstitution of Charles Sanders Peirce philosophical system as a coherent architecture of concepts that form a unified theory of reality. Historically, the majority of Peircean scholars adopted a thematic approach to study isolated topics such as semiotics and pragmatism without taking into account the author’s broader philosophical framework, which led to a poor and fragmented understanding of Peirce’s work. In this volume, professor Ivo Assad Ibri, past president of The Charles Sanders Peirce Society and a leading figure in the Brazilian community of Peircean scholars, adopts a systemic approach to Peirce’s thought and presents Peirce’s scientific metaphysics as a deep ontological architecture based on a semiotic logic and on pragmatism as criteria of meaning.

Originally published in Portuguese, this book became a classic among Brazilian Peircean scholars by presenting a conceptual matrix capable of providing a clear reference system to ground the thematic studies into the broader Peircean system. Now translated to English, this reviewed, amplified and updated edition aims to make this contributions available to the international community of Peircean scholars and to serve as a tool to understand Peirce’s work in a more systemic way by integrating concepts such as experience, phenomenon, existence and reality, as well as theories such as Chance, Continuity, Objective Idealism, Cosmology and Pragmatism, in a coherent system that reveals Peirce’s complex metaphysical architecture.

“As the philosophical reputation of Charles S. Peirce continues to rise to first-tier prominence in the history of American philosophy, Ivo Ibri’s Kósmos Noetós assumes a unique status in both a pioneering and a magisterial work of transcontinental Peirce scholarship.”

“Ivo Ibri has offered us in this exquisite work a framing of the inner logic of Charles S. Peirce's core metaphysical vision and its existential implications. The book is a remarkable combination of presentation and analysis and it is informed by Ibri’s deep philosophical culture.”

Ivo Assad Ibri is a full professor at the Philosophy Department of the Pontifical Catholic University of São Paulo (PUC-SP), Brazil. He holds a PhD in philosophy from the University of São Paulo (USP) and worked on a post-doctoral research in 2004-2005 at the Indiana University (IUPUI), USA, under a fellowship sponsored by the Institute for Advanced Study at IUPUI. Professor Ibri is fellow past president (February 2015 to February 2016) of The Charles Sanders Peirce Society (USA) and was one of the ten plenary speakers of the 2014 Charles S. Peirce International Centennial Congress, which was held in July of 2014 at Lowell University, MA, USA. He is a member of the board of consultants of the Peirce Edition Project at Indiana University, where the chronological edition of Peirce’s work has been published, and the founder and director of the Center for Pragmatism Studies at PUC-SP. He is also the editor of "Cognitio – Journal of Philosophy", and general coordinator of the International Meetings on Pragmatism, which annually take place in São Paulo. His main research interest is American pragmatism, especially the work of Charles S. Peirce, as well as the theoretical connections between Peircean thought and German idealism.