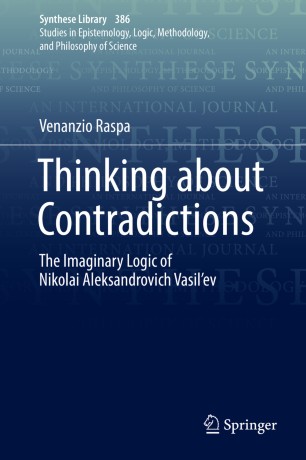 This volume examines the entire logical and philosophical production of Nicolai A. Vasil’ev, studying his life and activities as a historian and man of letters. Readers will gain a comprehensive understanding of this influential Russian logician, philosopher, psychologist, and poet.

The author frames Vasil’ev’s work within its historical and cultural context. He takes into consideration both the situation of logic in Russia and the state of logic in Western Europe, from the end of the 19th century to the beginning of the 20th.

Following this, the book considers the attempts to develop non-Aristotelian logics or ideas that present affinities with imaginary logic. It then looks at the contribution of traditional logic in elaborating non-classical ideas. This logic allows the author to deal with incomplete objects just as imaginary logic does with contradictory ones. Both logics are objects of interesting analysis by modern researchers.

This volume will appeal to graduate students and scholars interested not only in Vasil’ev’s work, but also in the history of non-classical logics.

Venanzio Raspa is associate professor of Theoretical Philosophy at the University of Urbino, where he currently teaches Philosophical Propaedeutics and Aesthetics. In 1991 he graduated in philosophy at the University of Urbino and in 1996 he obtained his doctorate in philosophy from the University of Bari. In 1996 he was awarded by the “Stichting ter bevordering van de studie in de dialektische filosofie” from the Rijkuniversiteit Groningen. He has carried out research in Urbino, Berlin, Reading, London, Graz, Leuven, and Amsterdam. He is engaged in ontology and questions concerning its relationships with logic, history and philosophy of logic, aesthetics, Austrian Philosophy (Meinong, Twardowski and Bolzano) and German classical philosophy. In the book In-contraddizione (1999) he examined some concepts of the principle of contradiction, both classical (Aristotle, Kant, Mill, Trendelenburg, Husserl) and contemporary (Łukasiewicz, Vasil’ev, Peirce), assuming as a work hypothesis different notions of object (individuals, incomplete objects, impossibilia, continua). He has continued his research on ontology with the study of Meinong’s object theory (by editing an anthology of texts of the Austrian philosopher and three books of writings on him) and of other representatives of Austrian philosophy (Bolzano and Twardowski), and his research on logic with the study of the imaginary logic by N. A. Vasil’ev. He is the author and editor of several volumes of philosophy in Italian, English, and German, as well as of numerous articles and essays published in journals and volumes.

“The volume is certainly an excellent choice for the libraries of historians of logic. … This book, which shows in an absolutely clear and well-documented way the slow and difficult path traveled by Vasiliev—his sources, influences, innovations, and missteps—is an essential source book for future studies.” (E. L. Gomes, History and Philosophy of Logic, March 29, 2019)