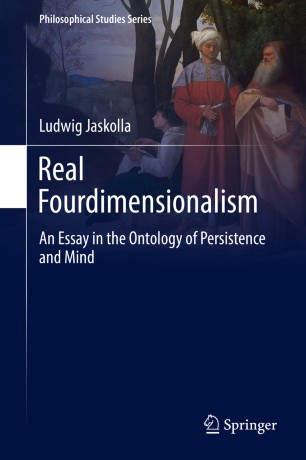 An Essay in the Ontology of Persistence and Mind

This book explores persistence, taking human beings as an example case. It investigates how concrete particulars stay the same during their temporal carriers while changing significantly. Themes of relativity, structural realism, 4-dimensional ontologies and different strains of panpsychism are amongst those addressed in this work.

Beginning with an exploration of the puzzle of persistence, early chapters look at philosophers’ perspectives and models of persistence. Competitors in the debate are introduced, from classical 3-dimensionalism to two flavors of 4-dimensionalism, namely worm theory and stage theory. The second part of the book explores the various challenges to 4-dimensionalism and develops a positive taxonomy of those questions that the reasonable proponent of 4-dimensionlism needs to answer.

In the third part of the book readers may explore an ontology at the interface of analytic metaphysics and philosophy of mind, called Real Fourdimensionalism, or more sp

ecifically: Physicalistic Stage-Panexperientialism (PSP). This is a version of panexperiential stage theory and its alleged model of persistence-as-deciding answers the questions of the taxonomy.This book makes a substantial contribution to debates concerning the status, extent and viability of both stage theoretic models of persistence as well as non-reductive, naturalistic models of persistence. It will be of interest to graduates and scholars involved in analytic metaphysics, as well as the philosophy of mind, especially those specializing in questions of persistence and the ontology of the mind.