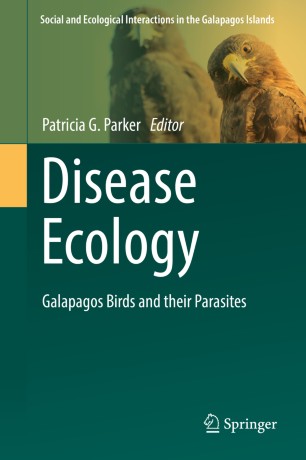 Galapagos Birds and their Parasites

This book provides the first collection of chapters written by scientists who have contributed to the understanding of disease ecology in the Galapagos Islands, an iconic and historic natural site. The Galapagos Archipelago straddles the equator in the eastern Pacific Ocean, almost 1000 km off the coast of Ecuador, and includes 13 major islands, numerous smaller satellite islands, and many more even smaller islets. The wildlife on the Galapagos Islands today represents one of the best-preserved wild communities of plants and animals in the world, owing to the location of the islands at the intersection of major ocean currents, the commitment by Ecuador for the vast majority of the area to be left undeveloped, and the protection provided by the Galapagos National Park. Most of the animal species in Galapagos are endemic, occurring nowhere else. But they are descendants of ancestors that colonized earlier, and then, isolated from their mainland origins, evolved into forms that are recognized as distinct today. Since 2001, many of the authors in this book have been part of a four-institution partnership investigating the threats posed by pathogens to Galapagos avifauna. We approach the topic of disease ecology in a novel manner, starting with the history of arrival of both the birds themselves and the pathogens. This synthetic approach requires the integration of themes from veterinary medicine, epidemiology, population genetics, and phylogenetics.

Patricia G. Parker is the Des Lee Professor of Zoological Studies at the University of Missouri – St. Louis, and Senior Scientist of the WildCare Institute at the Saint Louis Zoo.  She received her PhD at the University of North Carolina – Chapel Hill studying the foraging ecology of New World vultures.  She is a Fellow of the American Ornithologists’ Union, the Animal Behavior Society, and the American Association for the Advancement of Science.  She began to appreciate the power of genetics during her postdoctoral work at Purdue University and used it to explore the private lives of birds while on the faculty at Ohio State University.  In her move to St. Louis in 2000, she added disease organisms to the mix of birds, genes, and behavior.  She has mentored 40 graduate students in some blend of these areas and lives today in St. Louis with her husband and two dogs, near her children and grandchildren.
v>