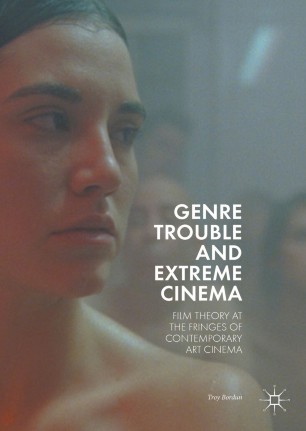 Film Theory at the Fringes of Contemporary Art Cinema

This volume re-evaluates theories of genre and spectatorship in light of a critic-defined tendency in recent art cinema, coined ‘extreme cinema’. In Genre Trouble and Extreme Cinema, Bordun argues that the films of Mexican director Carlos Reygadas and French director Catherine Breillat expand our generic classifications. Through the re-organization of the visual presentation of genre-specific clichés and devices, their films transform sense experience and thought. Bordun contends that their films make it apparent that genre is not established prior to the viewing of a work but is recollected and assembled by spectators in ways that matter for them in both personal and experiential terms. In fostering this experience of collection, these two directors propose a kind of ethics of curatorship: spectators are tasked with collecting and recollecting their film experience to generate particular social, cultural, and political critiques. The author deploys contemporary film theories on the senses, both phenomenological and affect theory, and partakes in close readings of the films’ forms and narratives. The book thus adds to the present literature on extreme cinema and film theory, yet sets itself apart by fully deploying genre theory alongside the methodological and stylistic approaches of Stanley Cavell.