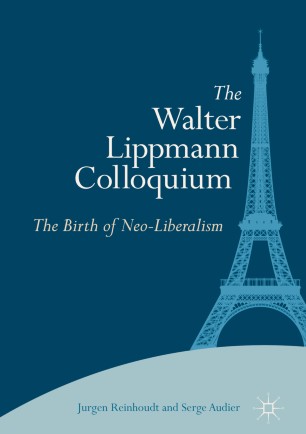 The Birth of Neo-Liberalism

This book is a introduction to and translation of the 1938 Walter Lippmann Colloquium held in Paris, which became known the intellectual birthplace of “neo-liberalism.” Although the Lippmann Colloquium has been the subject of significant recent interest, this book makes this crucial primary source available to a wide, English-speaking audience for the first time. The Colloquium features important—often passionate—debates involving well-known intellectual figures such as Walter Lippmann, Louis Rougier, Friedrich Hayek, Ludwig von Mises, Michael Polanyi, Jacques Rueff, Alexander Rüstow and Wilhelm Röpke. The Colloquium is not only of historical importance. Many of the topics addressed at the Colloquium, such as the proper methods of economic intervention, the relationship between the market economy and democracy, and the relationship between economic liberalism and political liberalism are issues that still vie for our attention in the aftermath of the Great Recession.
v>

Jurgen Reinhoudt is Research Associate in the Hoover Institution at Stanford University, USA
Serge Audier is Maître de Conférences in the Department of Philosophy at University of Paris-Sorbonne, France