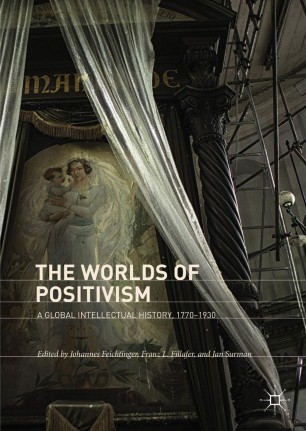 The Worlds of Positivism

This book is the first to trace the origins and significance of positivism on a global scale. Taking their cues from Auguste Comte and John Stuart Mill, positivists pioneered a universal, experience-based culture of scientific inquiry for studying nature and society—a new science that would enlighten all of humankind. Positivists envisaged one world united by science, but their efforts spawned many. Uncovering these worlds of positivism, the volume ranges from India, the Ottoman Empire, and the Iberian Peninsula to Central Europe, Russia, and Brazil, examining positivism’s impact as one of the most far-reaching intellectual movements of the modern world. Positivists reinvented science, claiming it to be distinct from and superior to the humanities. They predicated political governance on their refashioned science of society, and as political activists, they sought and often failed to reconcile their universalism with the values of multiculturalism. Providing a genealogy of scientific governance that is sorely needed in an age of post-truth politics, this volume breaks new ground in the fields of intellectual and global history, the history of science, and philosophy.

Johannes Feichtinger is Senior Research Associate at the Austrian Academy of Sciences and Visiting Professor for modern history and the philosophy of science at the University of Vienna, Austria.
Franz L. Fillafer is Lecturer in modern and contemporary history at the University of Konstanz, Germany.
Jan Surman is Visiting Scholar at the Max Web Centre for Advanced Cultural and Social Studies, University of Erfurt, Germany.