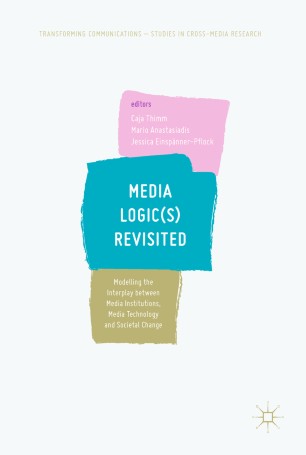 This volume provides new approaches to the concept of media logics, developed by Altheide and Snow, by drawing on theoretical and empirical perspectives from international scientists working in the field of communications, media, political science, and sociology. In an increasingly digitized and globalized world, powerful media structures and technologies influence our daily lives in many respects. It is not only mass media but “poly medial channels“ that become more and more contextualized in everyday lives. It thus seems necessary to reflect on the theory of media logics, which in fact focuses on the strong intercorrelation of media technologies, media institutions and media power. The current developments and strong cultural embedding of media in various social contexts, however, call for critical reflections on the idea of media logic.