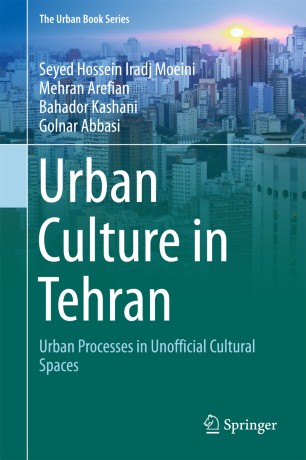 This book studies the production of urban culture in Tehran after 1979. It analyzes urban resistance and urban processes in underground cultural spaces: bookshops, cafes and art galleries. The intended audience is architects and urban planners interested in socio-political aspects of bottom-up space formation, but also those in humanities and particularly cultural studies. The idea of the book reflects architectural criticism and bottom-up processes of space formation. It analyzes alternative, non-official ways of forming cultural spaces in Tehran and the way they resist formally endorsed culture.

Cafés, bookshops and galleries, each take various and different sets of strategies to constitute their territory and their communities within the city. From temporarily occupying street corners (booksellers) to constitution of an underground network of unfixed meeting points, to using the modern paradigms of ownership and the idea of private property, primarily as a political tool for management, to claim a safe alternative sphere of art, and finally to semiotic spatial codifications of spaces to make them as a safe gathering places taking food as a means. All these three cultural spaces deal with various conditions to form specific forms of resistance practices, throughout processes that leave their spatial traces on the city.