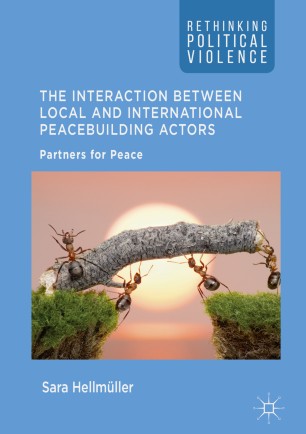 The Interaction Between Local and International Peacebuilding Actors

This volume helps to better understand how the interaction between local and international peacebuilding actors influences the outcomes of their programs. Based on the case study of Ituri in the Democratic Republic of Congo, this text analyses the inter-subjective relationship between local and international peacebuilding actors over the long term and assesses ways to overcome the obstacles to more cooperative partnerships between them. Focusing on perceptions, the book nuances the definitions of war, peacebuilding and peace and allows for a more comprehensive understanding of conflict contexts. Here, Hellmüller contributes to the literature on peacebuilding effectiveness and makes concrete suggestions for translating these findings into practice.