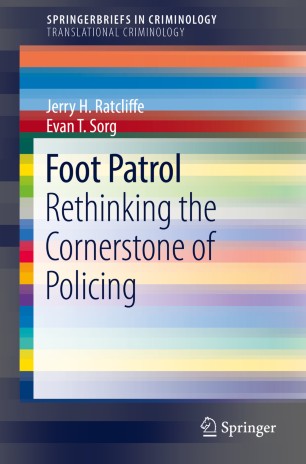 Rethinking the Cornerstone of Policing

This Brief reviews the history of foot patrol and the recent, research-driven resurgence of foot patrol in places such as Philadelphia. It summarizes and critiques existing literature on the subject, examining the efficacy of foot patrol.

At the time the Philadelphia Foot Patrol Experiment was published, popular opinion about foot patrol was that it might improve community perception of police and reduce fear of crime, but it did not have a concrete crime prevention benefit. The Philadelphia Experiment represented a major examination of this concept, involving over 200 officers in 60 locations over a two-year period, in some of the highest violent crime areas of Philadelphia. The results suggested that a targeted hot spots-oriented foot patrol strategy did contribute to violent crime reduction.

Four years later, the lead author of that seminal experiment explores its findings, together with the findings of the Philadelphia Policing Tactics Experiment, and examines their differences. This work also explores officer experiences with foot patrol. This Brief concludes with policy recommendations about foot patrol, when and how to implement it, and the benefits it can add to a police department.

This Brief will be of interest to researchers in Criminology and Criminal Justice, particularly with an interest in Police Studies, and related fields such as sociology and public policy. It will also be of interest to practitioners and policy makers interested in evidence-based policing.

Dr Jerry Ratcliffe is Professor of Criminal Justice and Director of the Center for Security and Crime Science at Temple University, Philadelphia. He served for over a decade as a police officer with London’s Metropolitan Police (UK), has a Ph.D. from the University of Nottingham, and is a Fellow of the Royal Geographical Society. He was the lead researcher on the Philadelphia Foot Patrol Experiment and has published over 70 research articles and four books in the areas of intelligence-led policing, spatial analysis, criminal intelligence, and crime science. He is a research advisor to both the Philadelphia Police Commissioner and to the Criminal Investigative Division of the FBI. He is currently leading an experiment examining predictive policing strategies.

Dr Evan Sorg is an Assistant Professor of Law and Justice Studies at Rowan University, an affiliated instructor and researcher in the Center for Security and Crime Science at Temple University and a former New York City police officer.  He served as a research assistant on the Philadelphia Foot Patrol Experiment during his PhD work at Temple.  He has published several research articles on the topics of hot spots policing and crime analysis, three of which involve the topic of foot patrol, and stemmed from the Philadelphia Foot Patrol Experiment.  He has taught numerous cohorts of police officers and crime analysts on the topic of crime mapping and crime analysis, and he teaches Central American police commanders on the topic of intelligence-led policing.

“Research can surely help police to be more effective and more professional, and the sort of studies of foot patrol described in this book contribute to that end. As police continue their long march toward truly professional policing, researchers can accompany them, but can’t put them on a forced march, a point that the authors make well here.” (Michael S. Scott, Criminal Law and Criminal Justice, clcjbooks.rutgers.edu, March, 2018)​
Buy options