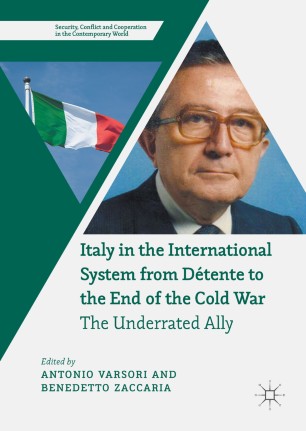 This edited collection offers a new approach to the study of Italy’s foreign policy from the 1960s to the end of the Cold War, highlighting its complex and sometimes ambiguous goals, due to the intricacies of its internal system and delicate position in the fault line of the East-West and North-South divides. According to received opinion, during the Cold War era Italy was more an object rather than a factor in active foreign policy, limiting itself to paying lip service to the Western alliance and the European integration process, without any pretension to exerting a substantial international influence. Eleven contributions by leading Italian historians reappraise Italy’s international role, addressing three complex and intertwined issues, namely, the country’s political-diplomatic dimension; the economic factors affecting Rome’s international stance; and Italy’s role in new approaches to the international system and the influence of political parties’ cultures in the nation’s foreign policy.