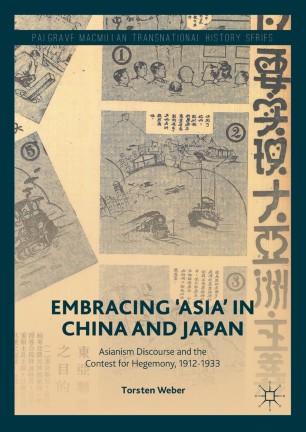 Asianism Discourse and the Contest for Hegemony, 1912-1933

This book examines how Asianism became a key concept in mainstream political discourse between China and Japan and how it was used both domestically and internationally in the contest for political hegemony. It argues that, from the early 1910s to the early 1930s, this contest changed Chinese and Japanese perceptions of ‘Asia’, from a concept that was foreign-referential, foreign-imposed, peripheral, and mostly negative and denied (in Japan) or largely ignored (in China) to one that was self-referential, self-defined, central, and widely affirmed and embraced. As an ism, Asianism elevated ‘Asia’ as a geographical concept with culturalist-racialist implications to the status of a full-blown political principle and encouraged its proposal and discussion vis-à-vis other political doctrines of the time, such as nationalism, internationalism, and imperialism. By the mid-1920s, a great variety of conceptions of Asianism had emerged in the transnational discourse between Japan and China. Terminologically and conceptually, they not only paved the way for the appropriation of ‘Asia’ discourse by Japanese imperialism from the early 1930s onwards but also facilitated the embrace of Sino-centric conceptions of Asianism by Chinese politicians and collaborators.

Torsten Weber is Senior Research Fellow and Head of the Humanities Section at the German Institute for Japanese Studies (DIJ) in Tokyo, Japan.

“Torsten Weber offers the most nuanced account of different Asianisms that existed before Japanese official appropriation of this internationalist vision of solidarity after the Manchurian Incident, and in this way, he helps us better understand the political significance of the complex historical memory battles over the meaning of Asianism today. An essential reading for those interested in understanding the entanglement of both the emancipatory and imperialist aspects of Pan-Asianism.” (Cemil Aydin, University of North Carolina at Chapel Hill, USA)
Buy options