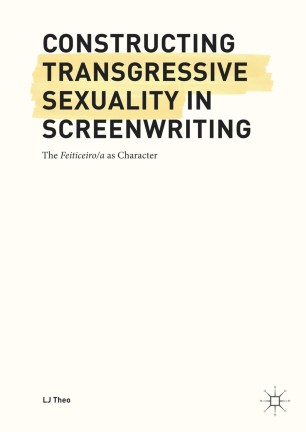 This book approaches the construction of complex and transgressive ‘pervert’ characters in mainstream (not ‘art’), adult-oriented (not pornographic) cinema. It deconstructs an episteme on which to base the construction of characters in screenplays, in a way that acknowledges how semiotic elements of characterisation intersect. In addition, it provides an extended re-phrasing of the notion of ‘the pervert’ as Feiticiero/a: a newly-coined construct that might serve as an underpinning for complex, sexual filmic characters that are both entertaining and challenging to audiences. This re-phrasing speaks to both an existential/phenomenological conception of personhood and to the scholarly tradition of the ‘linguistic turn’ of continental philosophers such as Foucault and Lacan, who represent language not primarily as describing the world but as constructing it. The result is an original and interdisciplinary volume that is brought to coherence through a queer, post-humanist lens.

LJ Theo is Associate Professor in Media Studies at the Cape Peninsula University of Technology in South Africa, where he runs the film school and teaches screenwriting and communications.