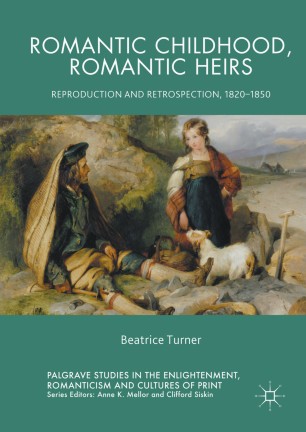 This book views Romantic literature’s discourses of childhood, education, and reproduction through the eyes of four early nineteenth-century British authors who were uniquely implicated in those discourses. Hartley and Sara Coleridge, children of Samuel Taylor Coleridge, and Mary Wollstonecraft Shelley and William Godwin Jr, children of William Godwin, shared the predicament of being both ‘real’ and ‘literary’ children. All the children of authors who helped shape culturally-definitive Romantic-period ideas about childhood, they wrote back to their fathers in order to understand and to resist the ways in which they were produced by paternal texts which foreclose the possibility of the child’s own regeneration. This study proposes that through this predicament, and their responses to it, the literature of the period between the Romantic and the Victorian periods comes into focus, marked by an anxiety not of influence, but of reproduction. It suggests that one reason why this period has tended to disappear from view lies in the sense of historical and aesthetic difference, and productive failure, which this study uncovers.