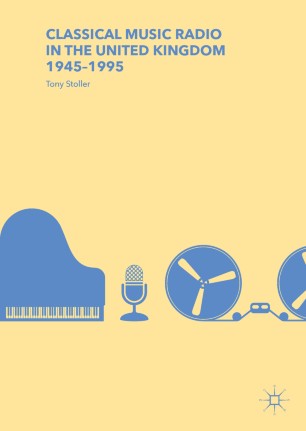 This book is the first comprehensive account of classical music on all British radio stations, BBC and commercial, between 1945 and 1995. It narrates the shifting development of those services, from before the launch of the Third Programme until after the start of Classic FM, examining the output from both qualitative and quantitative perspectives, as well as recounting some of the stories and anecdotes which enliven the tale. During these fifty years, British classical music radio featured spells of broad, multi-channel classical music radio, with aspirational and mainstream culture enjoying positive interactions, followed by periods of more restricted and exclusive output, in a paradigm of the place of high culture in UK society as a whole. The history was characterised by the recurring tensions between elite and popular provision, and the interplay of demands for highbrow and middlebrow output, and also sheds new light on the continuing relevance of class in Britain. It is an important and unique resource for those studying British history in the second half of the twentieth century, as well as being a compelling and diverting account for enthusiasts for classical music radio.