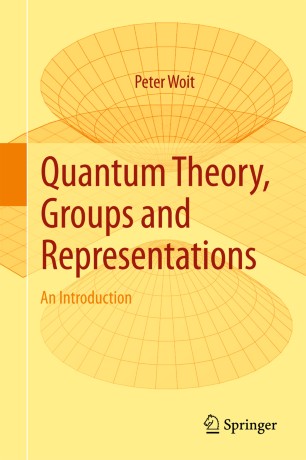 This text systematically presents the basics of quantum mechanics, emphasizing the role of Lie groups, Lie algebras, and their unitary representations. The mathematical structure of the subject is brought to the fore, intentionally avoiding significant overlap with material from standard physics courses in quantum mechanics and quantum field theory. The level of presentation is attractive to mathematics students looking to learn about both quantum mechanics and representation theory, while also appealing to physics students who would like to know more about the mathematics underlying the subject. This text showcases the numerous differences between typical mathematical and physical treatments of the subject. The latter portions of the book focus on central mathematical objects that occur in the Standard Model of particle physics, underlining the deep and intimate connections between mathematics and the physical world. While an elementary physics course of some kind would be helpful to the reader, no specific background in physics is assumed, making this book accessible to students with a grounding in multivariable calculus and linear algebra. Many exercises are provided to develop the reader's understanding of and facility in quantum-theoretical concepts and calculations.