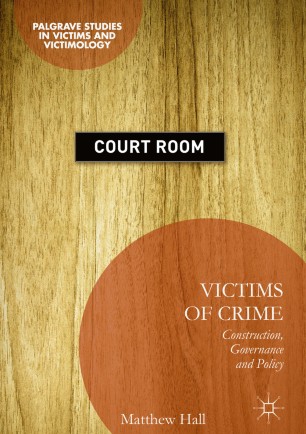 This volume critically engages with the development of official policy and reform in relation to the support of victims of crime both within and beyond the criminal justice system of England and Wales. Since the election of the Conservative/Liberal Democrat Coalition Government in May 2010 it is argued that victimization has increasingly taken on a greater cultural resonance both in England and Wales and in other industrialised countries. Images of terrorism, public debates around the handling of sexual victimisation by the courts, and the issue of child sexual exploitation have catapulted victim issues into the public consciousness like never before  – generating a new form of what Hall terms ‘victim capital’. As such, this book utilises a combination of cultural victimological analysis, governance theory and legal scholarship to address fundamental questions concerning the drivers and impact of victim policy in England and Wales in the 21st century. An engaging and original study, this book will be of particular interest to scholars of victimology and the criminal justice system, as well as activists and policy makers.

Matthew Hall is Professor of Law and Criminal Justice at Lincoln Law School, the University of Lincoln, UK.