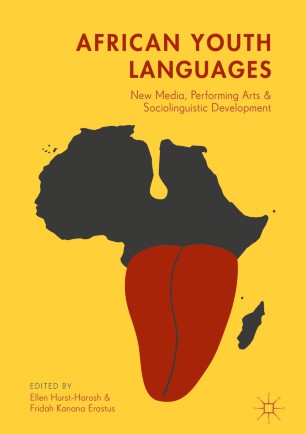 This book showcases current research on language in new media, the performing arts and music in Africa, emphasising the role that youth play in language change and development. The authors demonstrate how the efforts of young people to throw off old colonial languages and create new local ones has become a site of language creativity. Analysing the language of ‘new media’, including social media, print media and new media technologies, and of creative arts such as performance poetry, hip-hop and rap, they use empirical research from such diverse countries as Zimbabwe, Nigeria, Kenya, the Ivory Coast and South Africa. This original edited collection will appeal to students and scholars of African sociolinguistics, particularly in the light of the rapidly changing globalized context in which we live.
Ellen Hurst-Harosh is Senior Lecturer in the Humanities Education Development Unit at the University of Cape Town, South Africa. She has been an active researcher in the field of urban youth language since 2005, focusing in particular on the South African phenomenon ‘tsotsitaal’.
Fridah Kanana Erastus is Senior Lecturer at the Department of English and Linguistics, Kenyatta University, Kenya. Her research interests lie in dialectology, language use and multilingualism, language contact, African urban and youth languages, and English language pedagogy. She has published widely on these topics. From 2013, she has been a Project Leader for the Commonwealth of Learning funded Projects on “Open Resources for English Language Teaching (ORELT) in Kenya and East Africa.