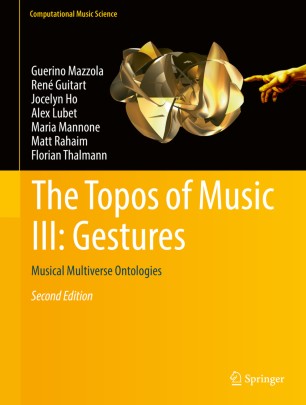 The Topos of Music III: Gestures

This is the third volume of the second edition of the now classic book “The Topos of Music”. The authors present gesture theory, including a gesture philosophy for music, the mathematics of gestures, concept architectures and software for musical gesture theory, the multiverse perspective which reveals the relationship between gesture theory and the string theory in theoretical physics, and applications of gesture theory to a number of musical themes, including counterpoint, modulation theory, free jazz, Hindustani music, and vocal gestures.