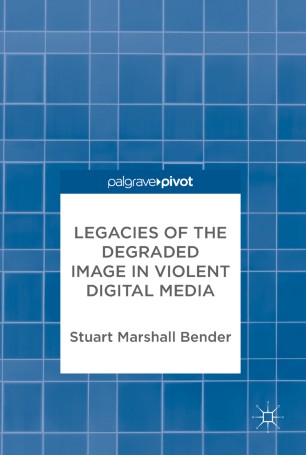 Legacies of the Degraded Image in Violent Digital Media

This book undertakes a concentrated study of the impact of degraded and low-quality imagery in contemporary cinema and real-world portrayals of violence. Through a series of case studies, the book explores examples of corrupted digital imagery that range from mainstream cinema portrayals of drone warfare and infantry killing, through to real-world recordings of terrorist attacks and executions, as well as perpetrator-created murder videos live-streamed on the internet. Despite post-modernist concerns of cultural inurement during the seminal period of digitalized and virtualized killing in the 1990s, real-world reactions to violent media indicate that our culture is anything but desensitized to these media depictions. Against such a background, this book is a concentrated study of how these images are created and circulated in the contemporary media landscape and how the effect and affect of violent material is impacted by the low-resolution aesthetic. Stuart Marshall Bender is an Early Career Research Fellow at Curtin University, Australia, exploring the digital aesthetics of violence. A scholar and filmmaker, he has published work in The Journal of Popular Film & Television, M/C Journal, First Monday and had films screened in competition at a range of international festivals.