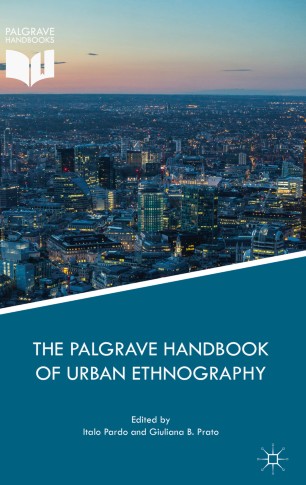 The Palgrave Handbook of Urban Ethnography

These ethnographically-based studies of diverse urban experiences across the world present cutting edge research and stimulate an empirically-grounded theoretical reconceptualization. The essays identify ethnography as a powerful tool for making sense of life in our rapidly changing, complex cities. They stress the point that while there is no need to fetishize fieldwork—or to view it as an end in itself —its unique value cannot be overstated. These active, engaged researchers have produced essays that avoid abstractions and generalities while engaging with the analytical complexities of ethnographic evidence. Together, they prove the great value of knowledge produced by long-term fieldwork to mainstream academic debates and, more broadly, to society.